SHUNNING THE TABLOIDS FOR HEALTH AND HAPPINESS 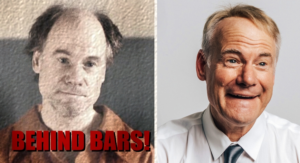 I don’t recall exactly when the tabloids became a thing at grocery stores. Probably they took over the magazine racks gradually… like a slow-spreading virus.

We all do it; we’re waiting, bored, done with the shopping and just standing there patiently watching the stuff on the conveyor belt inch toward the checkout person. Our eyes drift, and lurid photos and headlines attract our attention, holding them captive like flies on flypaper.

We know it’s all crap, but still, there must be some truth in it…

When I was a kid, the National Enquirer was published and sold at Gelson’s where we shopped for groceries. But I had early exposure to the false game of these magazines which I carried with me from then on.

My mom, Marion Ross, became famous when her show, Happy Days became a hit in the 70’s. So her name and face would show up in interviews and articles in rags like the Enquirer and others, and we read them.
They all were generally very kind to Mom, for some reason. She was lucky.

But were they accurate? Not so much. One article had a peculiar bit that I’ve never forgotten. Describing the home we lived in, the writer said that our backyard featured a pool, and a stone barbecue that Marion had built herself.

There no such barbecue. There was no pool. Those were lies.

As a kid, this flabbergasted me. As an adult, I still struggle to understand it. It’s not like they stretched the truth toward any kind of entertaining scandal, or in service of some manufactured story line about Marion’s bizarre secret life as a stone mason. It was just… an embellishment.

So, from that point on, rightly or wrongly, I’ve recognized that tabloids and popular magazines don’t have strong scruples about the accuracy of their reportage. They are story tellers.

Some, of course, tell harmful lies and seek to humiliate and degrade celebrities and their families simply in order to attract and catch that valuable commodity: attention. And money follows attention, like a stray cat follows a wagonload of fish.

I thought about how it would feel, for example, for an elderly celebrity like my mom, shopping in a grocery store to spot a tabloid cover with an unflattering photoshopped picture of herself and the headline; “AT DEATH’S DOOR” or “BROKE AND BARELY ALIVE.”

Irrespective of whether such headlines are “true” or not, what a depressing effect it would have on anyone to read that about themselves, or about someone they cared about.

Can you imagine how introverting that would be? It would make me want to knock on Death’s door myself and asked to be let in!

As it is in the day to day world, so too are things like this manifested in our our inner world.

On the level of one’s own mind and thoughts, there is a parallel: nagging doubts and negative, self-critical statements that pop into our awareness when we least expect them. They are the “mental tabloids” that assault us from within.

And just as in the case of that shopper in line, suddenly faced with upsetting images and accusations, from a relatively unknown source, (who owns those stupid papers, anyway?) broadcasting alarming stories about the most prominent, beloved personalities in the world, we get hit on the most intimate level possible with negative thoughts about ourselves and our actions.

And, just as with the tabloid’s lurid headlines, we notice those self-critical thoughts and think “Well, there must be some truth in it…”

Rejecting self-critical, negative thoughts takes some discipline, and just as with those distressing headlines at checkout, the first step is in recognizing that their source is unreliable and simply not worth our attention. They have lied too often, or the “truths” they sell are too irrelevant to our lives to be taken seriously.

The people who write those magazine headlines and degrading articles have minds of their own, after all. Who knows what kind of random, nasty thoughts are ping-ponging around inside their vacant skulls?

If their journalistic contributions to our daily lives are any indication, it’s not a pretty scene.

Ignore bad “news” from sources that have proven themselves to be more interested in your money, or your failure than your peace of mind or your success.

Especially ignore the bad “news” that comes from that tiny critical voice in your own head that tells you how stupid/bad/fat/useless/foolish/ugly you are.

It may take practice, but the benefits are many.