About The Live Show

JIMPRESSIONS, an intereactive, hilarious homage to the art of vocal mimicry, is a comedic tour de force in which Meskimen relates his observations of and experiences with over 65 different celebrities, from George Clooney, to Kevin Spacey, from William Shatner to Morgan Freeman… and even Flipper.

He has performed the show in Hollywood, Tampa, Toronto, Vancouver, Baltimore, London, Chicago and Sydney, Australia, where audiences embraced the JIMPRESSIONS show and demonstrated a strong appetite for a new, fresh look at the art of celebrity mimicry.

He was also chosen as a presenter at the prestigious E.G. 6 Conference in Monterey, CA three years in a row, and also became a finalist on America’s Got Talent in 2013, getting a standing ovation for his impressions at Radio City Music Hall in New York City. Meskimen ups the ante in the live show, by continually experimenting with new ways to challenge his talents of improvisation, impressions, Shakespeare and music.  Celebrity impressionist such as The Impression Guys’ Ross Marquand and Piotr Michael are frequent guests, and create with Jim onstage.

Don’t miss JIMPRESSIONS, the most unique impressions show ever! 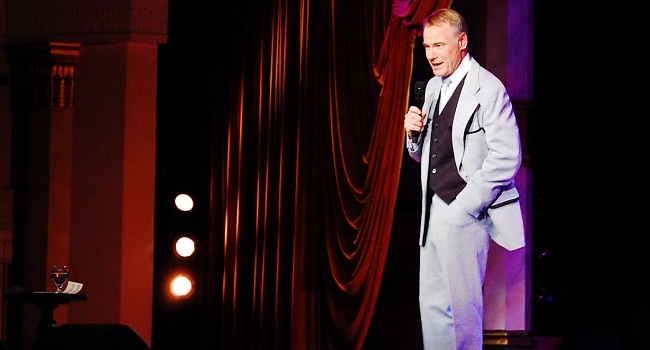 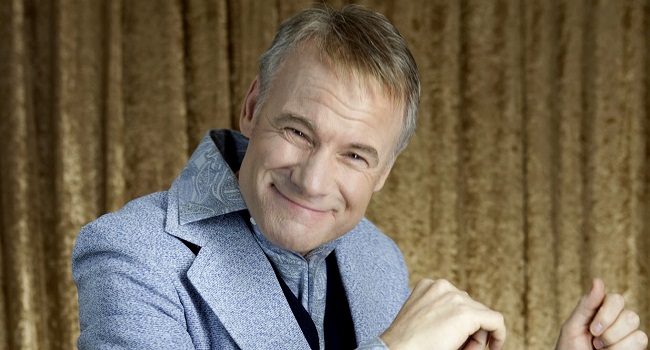 “Meskimen is a very talented impressionist, but what’s most impressive here is that he not only imitates obligatory celebrities like Arnold Schwarzenegger, George W. Bush, Jack Nicholson and Jimmy Stewart but also people like George Clooney, Paul Giamatti and Ricky Gervais, celebrities you wouldn’t think were ripe for impressions until you hear his takes on them.”