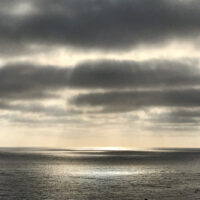 Peace and war,
while distinct situations
are alike CREATIONS
of mankind, all on their own
or combined in separate nations.

Create the PEACE
you want to see around,
not by holding others down,
not by inspiring yet another frown,
but by putting things back in their places
by putting smiles on stranger’s faces,
by admiring and respecting all the different races.

By creating some safe spaces
spaces that aren’t filled with grim reminders
of our own shared blindness,
but rather stand as glorious monuments to kindness

Let’s let anyone share,
count no one out,
create something people can’t wait to tell their best friend about.

The race of men created war
to try and settle some old score
But all it did, forevermore
Was make him worse off than before!

Create the peace and war will cease,
it cannot thrive where we all strive
to treat our fellows with respect
to honor, cherish and protect
those things in life that keep us strong and well-
creating war perpetuates a hell.

Ignore all the reasons
to be full of hatred
that stir you up until you’re beet-red,
until you’re half dead,
’til you can’t control what you just did or said.
C’mon, make something beautiful instead!

War, like peace, is a destination;
don’t go there, don’t arrive at that sad station
just because you got impatient!

Create the peace that people crave,
influence others not how you display
yourself, but in the way that you behave.
Don’t allow your soul to be depraved
That’s not the reason you were made!
Create peace, long may it wave!
Create peace and you automatically make
one less slave,
one more statistic, too, you will eliminate,
and too true, it may even be your own life you save.